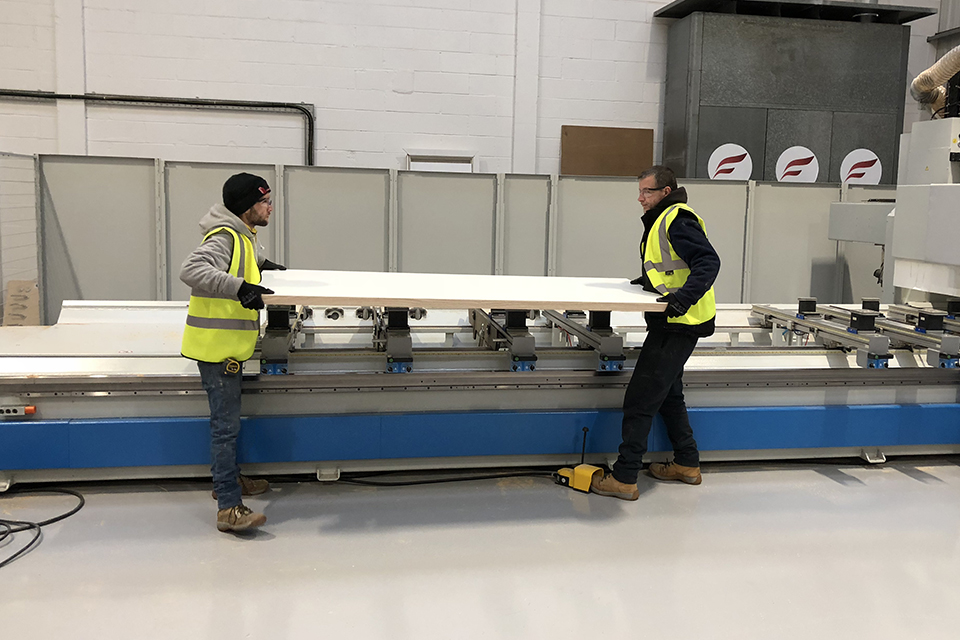 The company was formed after director Mike Shine grasped an opportunity to bridge the disconnect between the supply and installation of doorsets.

He saw first-hand how many companies wasted too much time and effort dealing with supply and installation as two separate entities.

The supply chain is often unreliable and any mistakes to an order meant waiting extra weeks for doors to arrive. This in turn, can cause a break in the chain.

In the meantime, some sites are forced to store hundreds of doors in a totally unsuitable environment, while doors and ironmongery have to be measured, fixed and fitted where space again is limited.

All of these problems can often lead to thousands of pounds in wastage, combined with weeks being lost and mess on site.

As one of only a handful of companies across the UK able to manufacture and install finished doorsets, L20 Doorsets help solve many of these problems.

Using state-of-the-art CNC machinery at our factory and warehouse, we can put together complete doorsets to the highest of standards, storing them at our huge facility in Essex ready for delivery and installation. We have an experienced ironmonger on site, while our highly experienced carpenters can even install the doorsets if needed.

Many clients are realising the benefits of having us do the work at our factory, saving them time and money and having completed doorsets with a quality finish ready to install in half the time.

What our clients say about us

We’ve worked with L20 at our Bedford House project where they have manufactured 400 doorsets for us and we’ll definitely use them again in the future.

We’re sending our doors to them to put together at their factory and they’ve been bringing back ready-made doorsets, ready to install.

Not only is their work of a very high standard, but the quality of the finish has been so much better with the machinery. Having the doorsets put together at their factory has really sped up our production time.

It has also meant that there is less mess and waste on site and for a high-density project and flats, it’s really helped.

The whole process has been fuss-free from start to finish and I’d highly recommend them.

We have used L20 Doorsets at our Faircharm development and from my point of view, if I don’t hear from my people on site, it’s a really good thing and the relationship has worked extremely well.

They are very professional and can get doors produced and to site very quickly.

If you speak to anyone who has worked with them, they will tell you their productivity is brilliant and they are very proactive at the proposal stage before construction begins, which is a great help later on.

After using them before on a previous scheme, I’d definitely recommend them and work with them again.